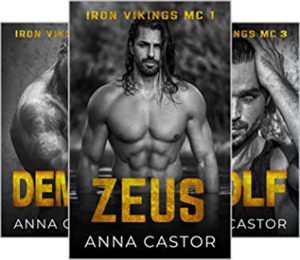 The Iron Vikings MC is for every Anna Castor reader who can’t get enough of dominant alpha males and steamy scenes. Please read the warning ahead as this series is darker than my other series.

ZEUS is officially book one in the series, but there is a series Prequel that’s so worth the read! Find out Zeus’ journey in becoming the Iron Vikings MC National President in the Prequel, Iron Vikings MC #0.5.

As the Sergeant-at-Arms of the Iron Vikings MC, Zeus is aware of the dangers that lurk in the shadows. He grew up in the club with his dad, the club President, molding him into his role as the next Prez. He lives and breathes club life and wouldn’t have it any other way.

Right until Zeus holds his murdered fiancé in his arms at a private beach on his wedding day. Losing his Old Lady and three club brothers is the wake-up call Zeus needed to finally recognize that within his beloved club, nothing is as it seems.

Zeus and his best friends in the club are on a mission to take out the trash. He has no time to fall for the stunning but mouthy private investigator, Gwenn Ryan, when she and her partner discover something that will change Zeus’ life forever.

Don’t miss out on this introduction novella (nine chapters) of the Iron Vikings MC series. Get swept away in club life and follow Zeus on his journey before he gets his own book in his and Gwenn’s story in Zeus – Iron Vikings MC 1.

WARNING: This books in this series deals with open relationships in the club (sweetbutts), threesomes and voyeurism. The stories contain violence, bad language as well as darker content some may find difficult to read. 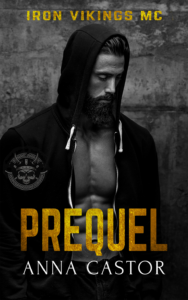 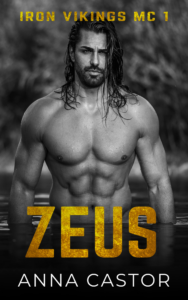 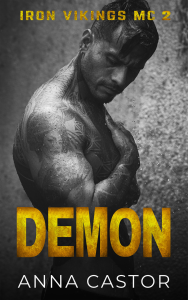 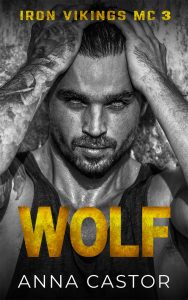